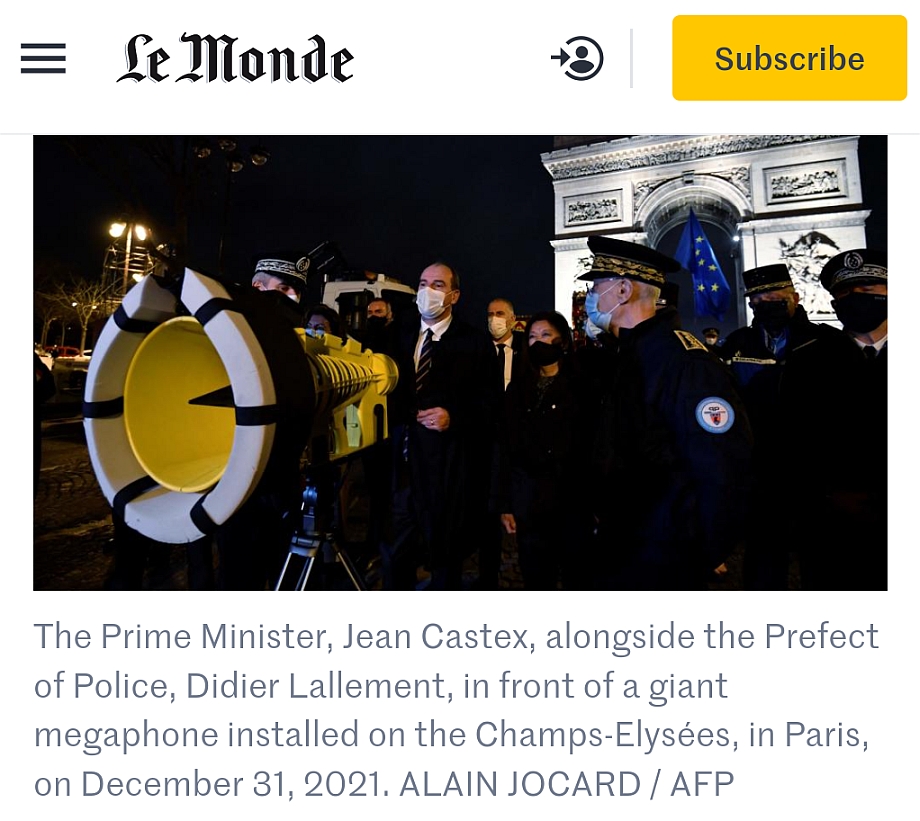 We’re very pleased to announce that the Parisian Police successfully deployed a Superhailer to help manage the crowds celebrating New Years Eve on the Champs-Elysées in Paris; the showpiece New Year celebrations in France.

We’re proud to note that the Prime Minister of France, Jean Castex, inspected the Superhailer in the company of the Prefect of Police, Dider Lallement, along with dignitaries such as the Major of Paris, Anne Hidalgo, the Minister of the Armed Forces, Florence Parly and the Minister of the Interior, Gerald Darmanin.